The story behind England’s first colonial coinage is one that few people know about. It begins with the most influential company in world history – The East India Company…

The East India Company today are producers and distributors of quality, exclusive and exotic goods with a 400 year legacy through its trade history, which built the British Empire.

Originally, the East India Company was a band of pioneering merchants who were granted a Royal Charter by Elizabeth I in 1600 to explore the East Indies and bring back exotic goods to the Regal West. In doing so they established new trade routes and broke down the barriers of the world. They established Singapore and Hong Kong, held Napoleon captive in St. Helena and sent the tea that was destroyed at the Boston Tea Party.

The consequences of the Company’s actions are the very fabric of our Commonwealth. 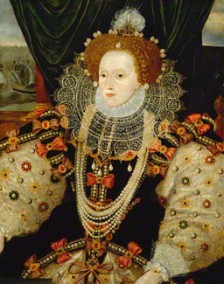 In 1601, Queen Elizabeth I signed a Royal Charter awarding The East India Company the right to monopoly on trade in the East.

Following the defeat of Spain in the Spanish Armada in 1588 and after the death of Prince Philip of Spain, the British colonial era of empire commenced and the start of 270 years of trade and conquest began. 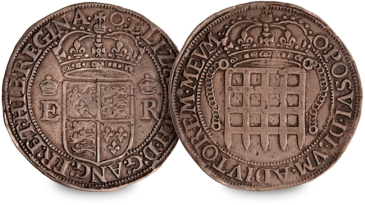 It’s believed that Queen Elizabeth I insisted on her own trade coinage as means of demonstrating that she was just as powerful as the King of Spain, which would only be effective if it was based on the prevailing international trade coin of the time – the Spanish Real. So, she introduced a coin that was minted in the exact same specification as the Spanish 8 Real denomination, commonly known as ‘Pieces of Eight’. This coin was formally named the Testern but came to be known as ‘Portcullis Money’ due to its unique Portcullis design.

The end of the Testern

Elizabeth I insisted that The East India Company carried the new Testern coins on each voyage, as means of exhibiting her power overseas. Just over £6,000 worth of ‘Portcullis Money’ was loaded onto the vessels of Sir James Lancaster VI’s fleet – the first fleet of The Company. When the fleet arrived in the East many of the coins were melted down, and very few returned to England. In fact, those that did were presented to The Company’s shareholders.

A coin found only in museums 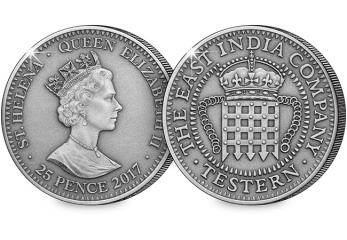 Today, you will only find these coins in museums and even then only a very small number of the Testern ‘Portcullis Money’ coins will be exhibited across the world.

This year, The East India Company and St Helena government have issued the Testern coin in Silver featuring a design based on the original ‘Portcullis money’ and struck in the same weight specification as the Testern coins. Only the second ever minting of Portcullis Money, the design features the iconic portcullis engraving just as its 1601 predecessor. 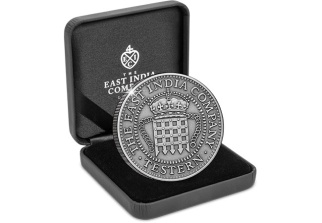 Fully approved by Her Majesty Queen Elizabeth II and strictly limited to just 10,000 coins worldwide, you can own the 2017 Testern Silver coin today if you’re quick.

In August last year, we reported the Football 50p to be the scarcest of the Olympic 50p designs according to our Olympic 50p Swap Centre data.  So how have things changed over the last 6 months? Triathlon is now the most in demand Olympic 50p

Well the news is that Triathlon has kicked Football off the top-spot with the latest information revealing the following are the top 5 most requested designs:

Of course you might be forgiven for thinking that Brownlee brothers’ success at the Olympics boosted demand and perhaps it played a small part.  However, the biggest influence is how the Royal Mint has released the coins into circulation.

Unfortunately, we are unlikely to know the final figures of how many of each coin was distributed for another 3 and a half years, when the Royal Mint releases mintage information but I am pretty sure top 5 most wanted will be amongst the lowest mintage numbers.

Of course, in the meantime, if you are looking to complete your Olympic 50p Collection you can register to find other collectors to swap with absolutely FREE at the Olympic 50p Swap Centre.

Just 15 days since it went on sale, the complete 495 edition of DateStamp™ “958” and “999” Silver Britannia Set has been fully reserved by collectors looking to capture an unprecedented, never-to-be-repeated moment in the history of this most iconic of British coins.

So why so special? Here’s the background. For the last quarter of a century, the 1oz Britannia Silver has been struck in, not surprisingly, ‘Britannia Silver’ with a purity of 95.8% silver – or more commonly 958/1000. Out of its total 32.45 gram weight, 31 grams was pure silver (1 troy ounce), the rest an alloy.

Until recently that is. Other silver 1oz classics have always been struck in 999/1000 silver, the trademark standard of silver bullion coins the world over.  Britannia at 958/1000 was the odd one out. And so, from 1st January 2013, we waved goodbye to the old ‘958’ Britannia and for the first time ever, welcomed in the new   ‘999’ silver 1oz coin – bringing her in line with the US Eagle and Canadian Maple Leaf but also securing Britannia’s status as Britain’s purest silver coin.

The end of one era – the beginning of another

Specification changes like this one don’t come along very often. And when they do, collectors look for something very special to remember it by.

The limited edition Silver Britannia ‘DateStamp™’ Set pairs up one of the last 2012 strikes of the ‘old’ 958 Britannia with one of the very first brand new 2013 versions minted in the purest 999 silver.

A moment captured in time

To mark this unprecedented change in Britannia’s history,  each of the two ‘DateStamp™’ Set coins is presented in a tamper-proof capsule alongside a gold 1st class stamp, postmarked on the first or last day of issue – 31st December 2012 for the ‘958’ coin and 1st January 2013 for the new ‘999’ coin. The perfect way to capture and preserve a real piece of coinage history.

Also adding extra value, each set also has its own unique serial number guaranteeing its authenticity and limited edition status.

Missed out on owning one of the 495 sets?  Other DateStamp™ coins are available, click here to see the full range.