Storytelling is one of humanity’s oldest pastimes, with events being captured and passed on for centuries though art, music and dance long before we were writing them down. And one of the oldest and most reliable ways a country can tell its stories is through its coins.

This should come as no surprise. If you think about it, currency is the constant that has always been around in one form or another. It’s continually evolving and adapting to the next chapter in the story.

But there’s one coin in particular that holds more meaning than most – as it blends fact with fiction to produce the world’s most beautiful coin, Una and the Lion.

Controversial, yet beyond improvement

In 1839 William Wyon was commissioned to design a new coin to commemorate the anniversary of Queen Victoria’s coronation.

But it made headlines. It was controversial.

The design shows Lady Una walking alongside her guardian and symbol of England, the lion. It is symbolic of the young monarch leading her vast empire.

Whilst a daring move, the coin was an instant success. Critics hailed it as “beyond improvement”, and to this day it’s regarded as one of the most beautiful coins to have ever been struck.

Part of its beauty was the high relief, providing exquisite intricate detail to the fictional design. But in many ways this was also its downfall, as it meant the coin could not be struck with any consistency. As a result the commemorative was only struck for one year, producing just 400 coins. This makes it extremely rare!

The inspiration: a princess and her protector

Published in 1590, The Faerie Queene, is one of the longest and most distinguished poems in the English language. It was written during the height of the Renaissance when England had just broken away from the Catholic Church and formed its own Protestant Church. Set against the backdrop of this turbulent religious landscape, The Faerie Queene draws on history and myth to deliver numerous tales of romance, adventure, battles, morality and religion.

The first book of the epic poem follows the trials and tribulations of Lady Una – the young and beautiful daughter of a king and queen who have been imprisoned by a ferocious dragon. In a bid to save her parents she embarks on a quest, but on her journey she encounters a fierce lion who plans to eat her.

In a twist of events the lion is so captivated by Una’s beauty and innocence that he abandons his plans to eat her, and instead he becomes her protector and companion.

Together, the iconic pair have become a symbol of beauty, strength and endurance.

The most beautiful coin just became even more exquisite

Finding an original Una and the Lion coin is virtually impossible, so this may be one of the only ways to secure this design motif for your own collection.

But with an edition limit of just 3,000 worldwide, there aren’t many available for collectors.

As an official Royal Mint distributor, we have secured a limited number for Westminster collectors.

And coins were one of the key ways the company managed trade across the globe.

At its peak the EIC was single-handedly responsible for half the world’s trade, including cotton, silk, spices, opium and tea.

Remarkably, the East India Company is still trading today. And they have just authorised a set of limited edition Gold coins paying tribute to the most important coins in their history.

Here is the story behind the coins…

Portcullis Money – 1601 (Throughout the Empire)

Ordered by Queen Elizabeth I to facilitate increased commerce on behalf of the British Crown and to compete against the widely used Spanish Real. These were the first coins issued for the British Empire outside of England’s normal coinage.

The Cartwheel Penny was the first British coin to be exported to Australian Colonies. It was introduced to help curb Britain’s chronic coin shortage which was impacting economic growth. Specially designed to prevent counterfeiting, and the thick rim and inscription led to the pennies being informally named ‘The Cartwheel Penny’.

The Elephant and Castle Guinea – 1663 (Throughout the Empire)

The guinea is regarded as the most successful trade coin, exponentially increasing British and local trade wherever it was introduced. This Guinea was the first British machine-struck coin, and adopted its name from where the gold was mined from.

The Rupee is one of the world’s oldest systems of money. It was adopted by the East India Company upon its arrival in the East, and soon became one of the company’s most important coins and means for trade. In 1833 reforms to the Indian weights and measures led to coinage in India changing from the Sicca to the standard ‘Company Rupee’.

Great Britain sought to develop Ceylon’s (Sri Lanka’s) economy and increase trade to and from Europe. As a part of this aim The Rix Dollar was struck specifically for use in Ceylon. Designed by Benedetto Pistrucci, who is also responsible for the now iconic rendition of St. George slaying the Dragon which features on British Sovereigns.

To facilitate the trade of their most lucrative commodities, namely tea and opium a trading post in Canton, China was established. During the Trade Wars Great Britain found itself having to rely more and more on its own silver coinage, and this paved the way for one of the most distinctive silver British coins in numismatic history to be struck: the British Trade Dollar.

In order to develop Bermuda’s prosperous economy King James I granted permission to mint coins, which resulted in the issuing of Hog Money, inspired by the wild hogs previously introduced to the island, it’s the first English coin to be minted specifically for use in North America.

In 1815 St Helena’s economy benefited from the arrival of the former French Emperor, Napoleon, during his second exile, as the famous prisoner brought with him an entourage of British troops, effectively doubling the islands population and prosperity. As the economy swelled, St Helena’s first local coins were introduced.

Prior to the Canadian Confederation in 1867 many provinces issued their own coinage. However in 1823, without seeking official approval from the Home Office, the province of Nova Scotia ordered the issuing of coins. The coins, issued in denominations of one pennies and halfpennies, contributed to the expansion of local commerce in Nova Scotia.

For this exceptional 2019 issue collectors will be taken on a journey to the far flung corners of the world. Retracing the steps of the East India Company, to discover some of the most significant coins which have helped build an empire stretching across three centuries from 1600 to the Victorian Era.

Finished to an exceptionally high standard, the 2019 collection truly represents the global resonance of The East India Company and these significant coins. There is no doubt the 2019 Empire Collection is going to become a future collector priority.

Out of a Worldwide edition limit of just 100 we have a small stock of the 2019 Empire Collection available. If you are interested in owning a set – please complete the form below and we will contact you directly. 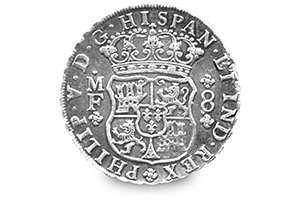 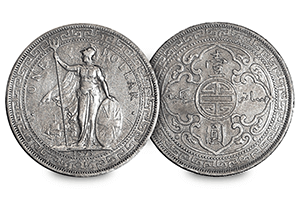 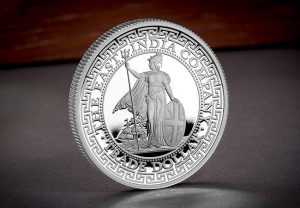 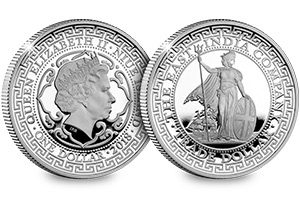