I am sure we have all dreamt of stumbling across a dusty old stamp collection or long forgotten silver coin secretly worth a small fortune hiding somewhere in the house.

Unfortunately I am yet to stumble across my fortune in the attic, but this dream recently came true for a grandmother from Hull when she found a 1644 Oxford Crown in her late grandfather’s coin collection. 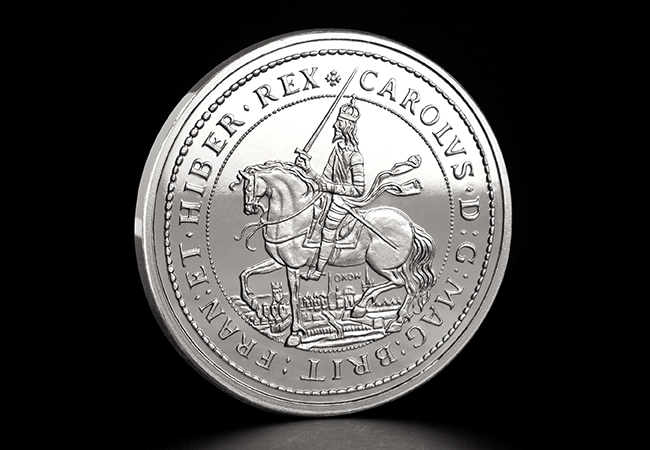 The reverse of the Silver-plated Charles I Oxford Replica coin, depicts Charles I on horseback with the City of Oxford in the background.

While clearing out her attic she found a shoebox of coins she had inherited from her grandfather decades ago. She initially offered the collection to her children, who rejected what they saw as ‘worthless junk’.

She then considered binning her collection of relics, before making the decision to have the coins valued along with a number of other family heirlooms.

That’s when she discovered that amongst her collection was the incredibly rare 1644 Charles I Oxford Silver Crown. This coin was struck for just one year and is considered by many numismatic experts to be one of the most beautiful British coins ever produced.

Struck in 1644, this crown was minted while the country was in the midst of a Civil War. The coin features a portrait of King Charles I on horseback placed against a fantastic rendition of the City of Oxford which was his headquarters during the English Civil War. 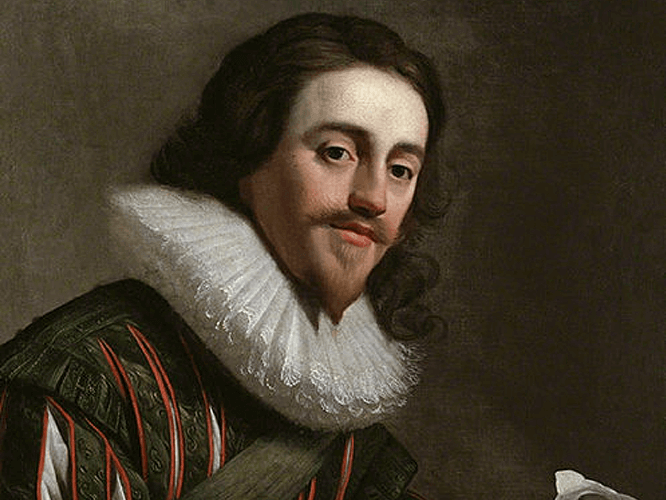 King Charles I. Monarch of the three kingdoms of England, Scotland and Ireland from March 1625 until his execution in January 1649.

It is no wonder that this coin is so highly valued. It is incredibly rare, the design is one of the most intricate ever struck on a British coin and it marks one of the most significant moments in our nation’s history – the English Civil War.

The historic coin is expected to reach in excess of £100,000 at auction and the owner plans to use the money to help her granddaughter, currently expecting her first child, to fund a house deposit.

I think it’s time for me to have another dig around in the attic!

For those not planning on bidding in the auction for this exceptionally rare coin, we have a limited stock of just 36 Silver-plated replicas available of the beautiful 1644 Oxford Crown. Click here to find out more >>> 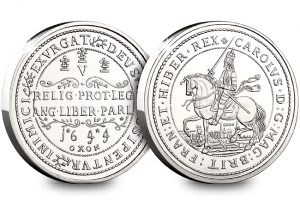